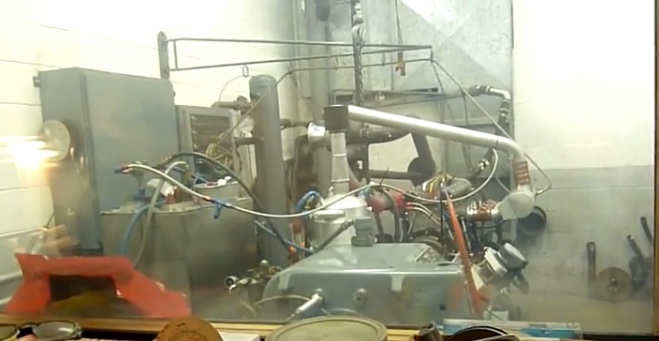 The turbocharged Offenhauser engine was one of the most hellacious and long running combos at the Indianapolis 500 and in other open wheel forms of racing for decades around the USA. The tough as nails engine could take whatever was thrown at it for boost and racers threw a lot at it! Supposedly by the end of their run, the hardscrabble four banger with the integrated head and block could make over 1,000hp in full tilt, qualifying trim. The wick was pretty short at that power level but when backed off a little, they would run the distance, making reliable power and because of their relatively small size they could be packaged in a couple of different ways to get a car’s center of gravity nice and low.

This particular engine originally powered a 1972 AAR Eagle chassis and that’s what it is going back into after passing a series of tests and tuning sessions on the engine dyno. In this video you will hear the engine get pulled to 9,000 RPM multiple times and it sounds flipping great each time. In the video’s description it mentions that the engine had 65″ of boost. We’re guessing that is 65″ of mercury and if that is the case, the 65″ of mercury translates to about 30 psi. That would be a nice safe number to have the engine tuned at to survive but still have enough power to scare the hell out of you and really have some fun on the track. Who knows, maybe there is a boost limitation in the vintage stuff that says you can’t force feed it harder than that? We’re not sure. Either way, this thing rules the school.