Ahead of the G87 M2 unveil, BMW M’s marketing team is pulling a play from the influencers’ playbook. In a fast paced Instagram reel, the motorsport brand is teasing the upcoming G87 BMW M2. And to get the expected results, they’re using not only a heavily camouflaged M2 prototype, but also one featuring some unique M Performance Parts. The most striking one? A massive rear wing which will certainly ruffle some feathers in the vocal and loyal BMW M community. And to add more fuel to the fire, they’re also featuring the M Performance Exhaust seen on the M3/M4.

Of course, that exhaust layout is still quite controversial, featuring a triangular layout of its titanium pipes and is placed in the middle of the diffuser. In the G80/G82 M3/M4, the M Performance lightweight exhaust system has flap control and weighs around five kilograms less than standard exhaust. It also delivers a sportier sound, thanks to the exhaust gas routing. So expect a similar system in the G87 M2.

Compared to the M2 we tested a few months ago, this front-end design gains an angled deflector inside the air curtains. There is also a carbon fiber splitter hiding under the camo wrap, along with a massive rear wing which peeks in the rear. As much as BMW seems to be completely rewriting its design books lately, the BMW M2 remains faithful to traditional BMW design flavors, as seen in this video. Naturally, a proper BMW M design needs to be stanced properly; with the right amount of angle from back to front; it needs to have swollen rear wheel arches; accentuating its rear-drive nature; and it needs quad tailpipes. The new G87 BMW M2 seems to have all three of those. 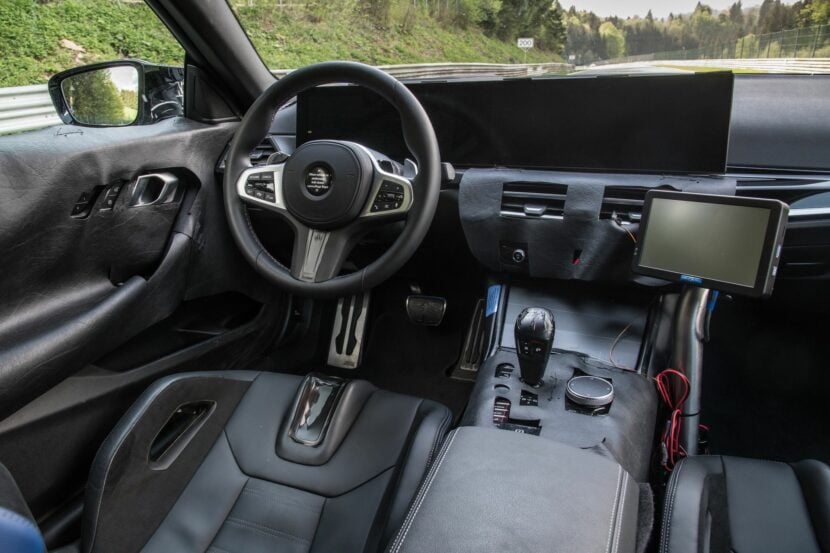 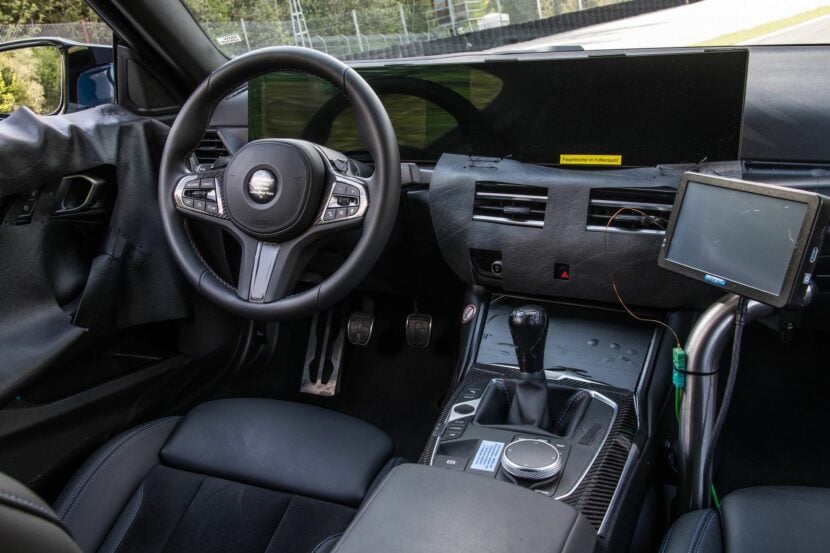 Much like big-brother M4, the smallest M car will come with a rear-wheel-drive configuration. The key difference in terms of traction between the two will be the lack of an optional xDrive as BMW will sell the car exclusively with RWD. As with the M4, buyers will get the choice between a manual and an automatic transmission. It will inherit the S58 engine from the larger coupe, but logic tells us the engineers will detune the twin-turbo 3.0-liter mill. Even so, the inline-six should still make up to 450 horsepower, which is a healthy number taking into account the base M4 has 473 hp while being bigger and therefore heavier. No BMW M2 xDrive is planned at the moment and the launch model will simply be called BMW M2, instead of M2 Competition.

The G87 BMW M2 will be assembled exclusively at the San Luis Potosi Plant in Mexico. Production kicks of this winter, followed by deliveries in Spring 2023. As we mentioned first, the press drives are also scheduled next Spring, but some of us will have a chance to film the car this month. So stay tuned for some exclusive footage and don’t forget to subscribe to our Youtube channel!