The Andretti Autosport driver climbed from sixth on the grid to deliver his first podium for his new team and the fourth of his 19-race-old IndyCar career.

Grosjean’s rise through the field came after crash in qualifying brought out the red flags, resulting in the Frenchman losing his fastest laps in the Fast Six shootout.

Alone among the frontrunners, Grosjean was on fresh Firestone alternate compound tyres in the final stint, and was running fourth on the penultimate restart on lap 66 of the 85-lap race.

He had to dodge past Chip Ganassi Racing’s Marcus Ericsson to close onto the tail of another Ganassi car, that of reigning champion Alex Palou, before making a move stick to claim second behind winner Josef Newgarden. 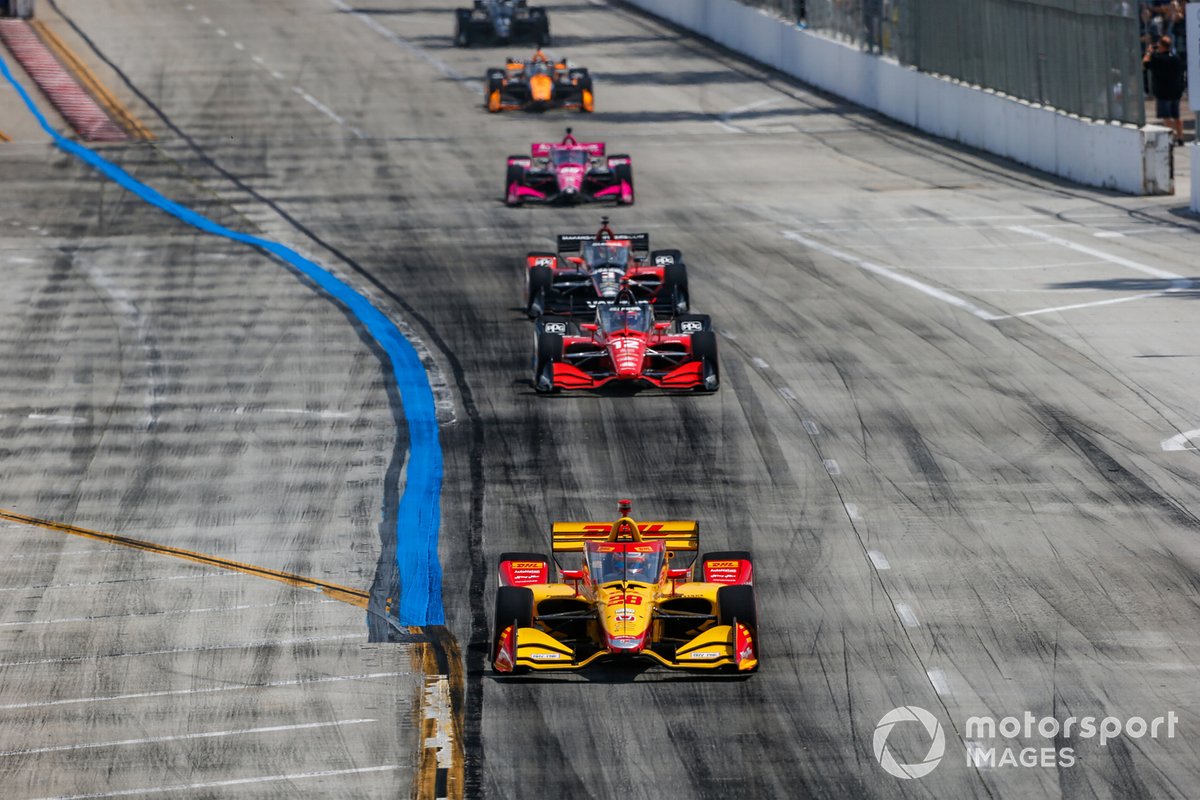 Reflecting on the weekend, Grosjean said that he had been “a bit surprised” by comments that street circuits didn’t come natural to him before adding that his driving style has now changed given his IndyCar title aspirations.

“I think last year every street course, apart from St. Pete, I qualified in the Fast Six, so we were always very fast,” he said.

“We didn’t always get the best strategy call or luck last year in the street courses, and the last one in Long Beach was my mistake where I brushed the wall.

“But this year definitely I know I have to drive a little bit differently. I’m trying to go for the championship, and I cannot just go flat out all the time. Like in St. Pete in the race I was struggling a little bit with my front end, so I kind of took it carefully.

“Today here I knew I wanted to go long on the first red [stint], so I was driving around that, but then the car was good and gave me confidence. I still believe there’s a couple of things we can do better, but yes, I just think that last year I was unlucky sometimes. I was on for a really good one in Nashville, just the amount of yellow flags we had killed me.

“We were on for a very good one in Detroit and then I had contact with Pagenaud that punctured my tyre. That doesn’t really happen often. 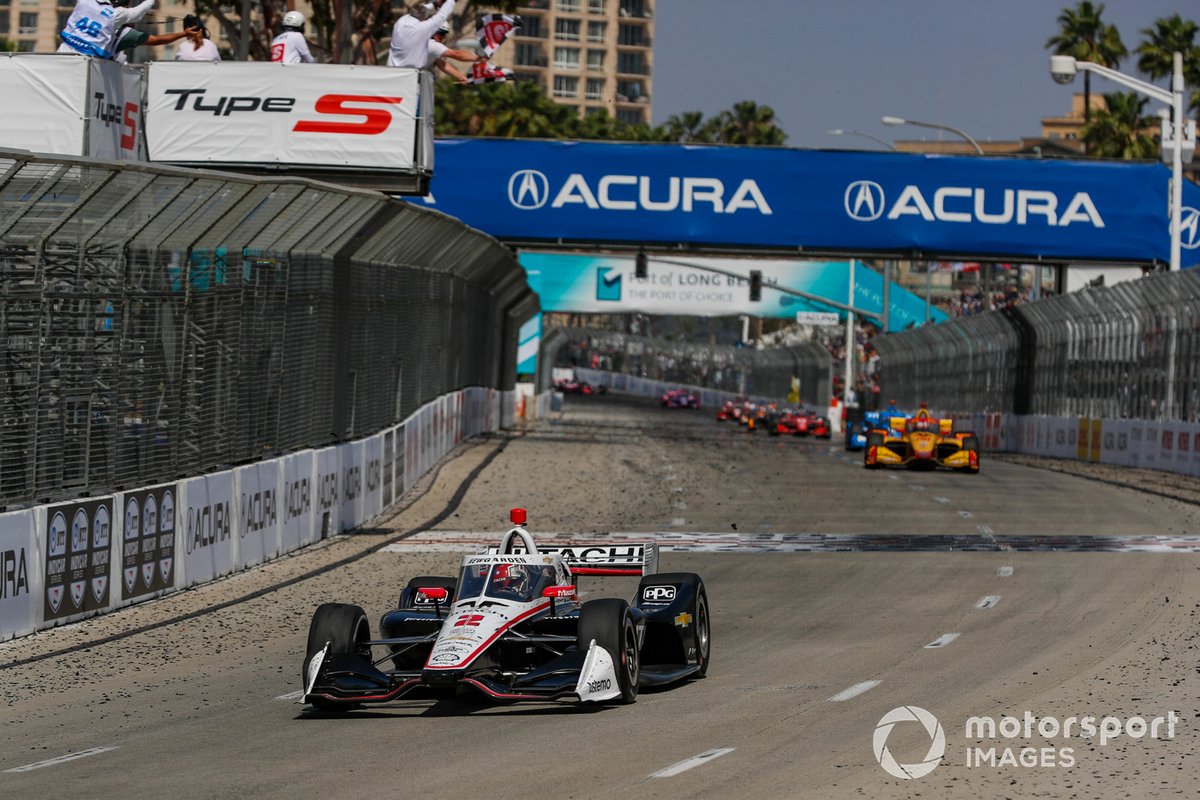 While Grosjean was diving differently, race winner Newgarden admitted he was under pressure from the Andretti driver in the closing stages.

“It’s definitely up there on the list. Man, this was a fight today, this is not an easy race to win,” said Newgarden.

“I was working my butt off with Grosjean at the end there on the used reds, I was hoping that he’d fade a bit towards the end. Trying to hold him off on the restart was super difficult.”

Back-to-back wins for Newgarden has shot the Penske driver into the lead of the championship standings, sitting five points ahead of team-mate Scott McLaughlin, while Grosjean holds sixth spot.