The second-generation Kia Niro, which will be offered with hybrid, plug-in hybrid and full-electric powertrains, has been “redesigned from the ground up” to meet growing competition, according to the firm’s bosses.

With styling inspired by the HabaNiro concept car, the new machine – which has made its first public appearance at the New York motor show – will go on sale in the UK later this month, with first deliveries due in July. The electric version is expected to arrive around August.

While the Niro builds on the styling of its predecessor, it is actually built on a new Hyundai Motor Group platform. While the first-generation Kia Niro used the J Eco-Car architecture, the new model is the first Kia to sit on the new K3 platform currently used by the Elantra saloon. That platform is designed for electrified powertrains.

The platform switch means the Niro has grown slightly: it is 65mm longer, with the wheelbase increased by 20mm to slightly increase interior space.

The hybrid version will use a 1.6-litre petrol engine mated to a 43bhp electric motor, giving a total output of 139bhp and 199lb ft of torque. The plug-in hybrid features the same engine paired with a larger 83kW electric motor, raising output to 180bhp. The PHEV’s electric motor is powered by an 11.1kWh battery – up from 8.9kWh in the old model – giving an extended EV-only range of 40.3 miles.

Both the hybrid and PHEV are powered by a six-speed automatic gearbox, with reverse gear in both now solely powered by electric power. They can be paired with a Kia smartphone app and set to operate in EV mode in set ‘green zones’ and restricted areas. The PHEV model also features a built-in 5.5kWh Positive Temperature Coefficient heater, which helps to extend the driving range in colder conditions, and means that owners can utilise a pre-heating system similar to an EV. 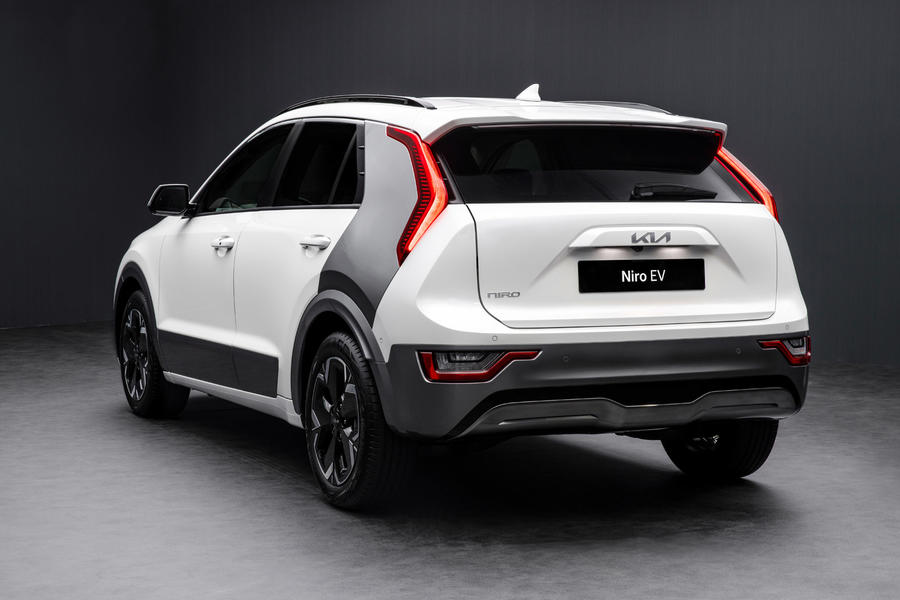 The Niro EV – which has been rebadged from the e-Niro to bring it in line with other Kia models – maintains the same 201bhp electric motor as the previous model. The largest 64.8kWh battery will be the only option offered in the UK, offering a range of around 287 miles. It offers a 0-62mph time of 7.8 seconds, 188lb ft of torque and can charge at from 10-80% in 43 minutes on a DC charger.